Speaker Spotlight: The Future of the Internet With Pranath Fernando

Speaker Spotlight: The Future of the Internet With Pranath Fernando

Listen to this article

You’ve probably heard the words Web 3.0, NFT, crypto and blockchain quite a few times recently. So, what does it all mean? And why should you care?

Supported by Silicon Brighton, Startup Grind Brighton is a monthly meetup giving entrepreneurs in the region the education and opportunities they need to build, grow and scale their companies.

In their newest event series, which looks at how the future of the internet will affect our lives, our businesses, and our governments, Pranath Fernando (Data Scientist at Southern Water) introduced us to key concepts in the new world of web.

We caught up with Pranath to learn more…

Can you tell us a bit about yourself and the work you do?

Yes, so I’ve had a bit of a varied career in multiple professions, including academic research in AI, Contemporary dance, Reflexology, Web Development and most recently, Data Science.

In my current role, I’m a Data Scientist in the water industry, where there is quite a vast range of challenges and issues that need solutions, and I use different methods from data analysis to machine learning. Some of the most important issues to me personally that I work on include looking at ways to predict and reduce risk of pollution events.

How about a moment that helped define your career?

I suppose there have been several. Most recently in my previous career in Web Development, I had sort of gotten into a rut and felt very dissatisfied with that role for a number of reasons. Yet, I was unclear what else I really wanted to do.

I took the time to look widely and discovered the field of Data Science, a new discipline that has only recently come into existence, which I found extremely exciting as an area to work in. Despite the fact that I had changed careers quite radically earlier in my life, I had perhaps forgotten that I could do this again.

Having faith in my skills, ability, commitment and passion for this new career path – and believing again that it is possible to change careers quite radically at any point – was key for me to forge a new career path later in life. It led me to my current role, which I find very satisfying and fulfilling. I’m so happy I changed my career to something better suited to me.

What piece of advice would you give your younger self?

Don’t be afraid to try new things; follow your interests and passions. Don’t feel restricted to one career path due to your initial training. The world is full of possibilities! Especially for something you have a passion for.

What was the inspiration for your talk on the future of the internet?

I suppose Web 3.0 and crypto is a side interest/hobby? I think it’s a really interesting area that holds a lot of potential for radical positive changes to many aspects of society. So I shared in my talk some of the aspects of Web 3.0 that I find most exciting and why.

What is Web 3.0, and how does it differ from its predecessors?

It’s my personal belief that this form of social organisation leads to many downsides, including lack of accountability, and quite often a few decide things for the many. For me this is fundamentally flawed and can lead to many bad outcomes. It’s the cause of many of our problems in every area of society, from government to business to charities and more.

I think we are better off moving to the kind of society where everyone is more equal, more empowered, where everyone shares power and responsibility, and we have less power held by a small unaccountable elite.

While this might sound appealing, what we have lacked until now is the kind of infrastructure to enable us to start building an equal future for everyone. I believe that Web 3.0 technologies have the potential to be this more decentralised infrastructure for a more equal and more empowered society.

There’s a lot of debate around the benefits and concerns of Web 3.0? What is your take on it?

Inevitably any new technology has its pros and cons. While I’m more excited by the potential good outcomes, it’s also fair to say there could be some bad outcomes too. Perhaps because I understand the technology behind it, this helps give me a more informed and nuanced understanding of the various pros and cons.

I can also appreciate that while some people can be excited by new things, others can be fearful about new technologies. I think it’s also fair to say that sometimes people can hold opinions about things based on emotions rather than knowledge, evidence and reasons.

My view is if you have a strong feeling about a topic, it’s worth doing a bit of research and reading about that topic to gain more knowledge about it, rather than simply rely on one’s own personal ‘feelings’ or hearsay as being ‘the truth’ about a topic. I find doing one’s own research on a topic – while requiring some effort – can lead to a more informed, constructive and fruitful debate with others.

I’m sad to say that I generally find mainstream media reporting often inaccurate, biassed, and misleading, especially of science and technology. Articles seem designed to inflame rather than inform on an issue, to generate more clicks than help educate on a topic in a balanced way.

In the case of Web 3.0, I would highly recommend the Money Reimaged Podcast as a very professionally produced, balanced and objective reporting on many issues relating to Web 3.0, by journalists that really understand the technology they are reporting about. 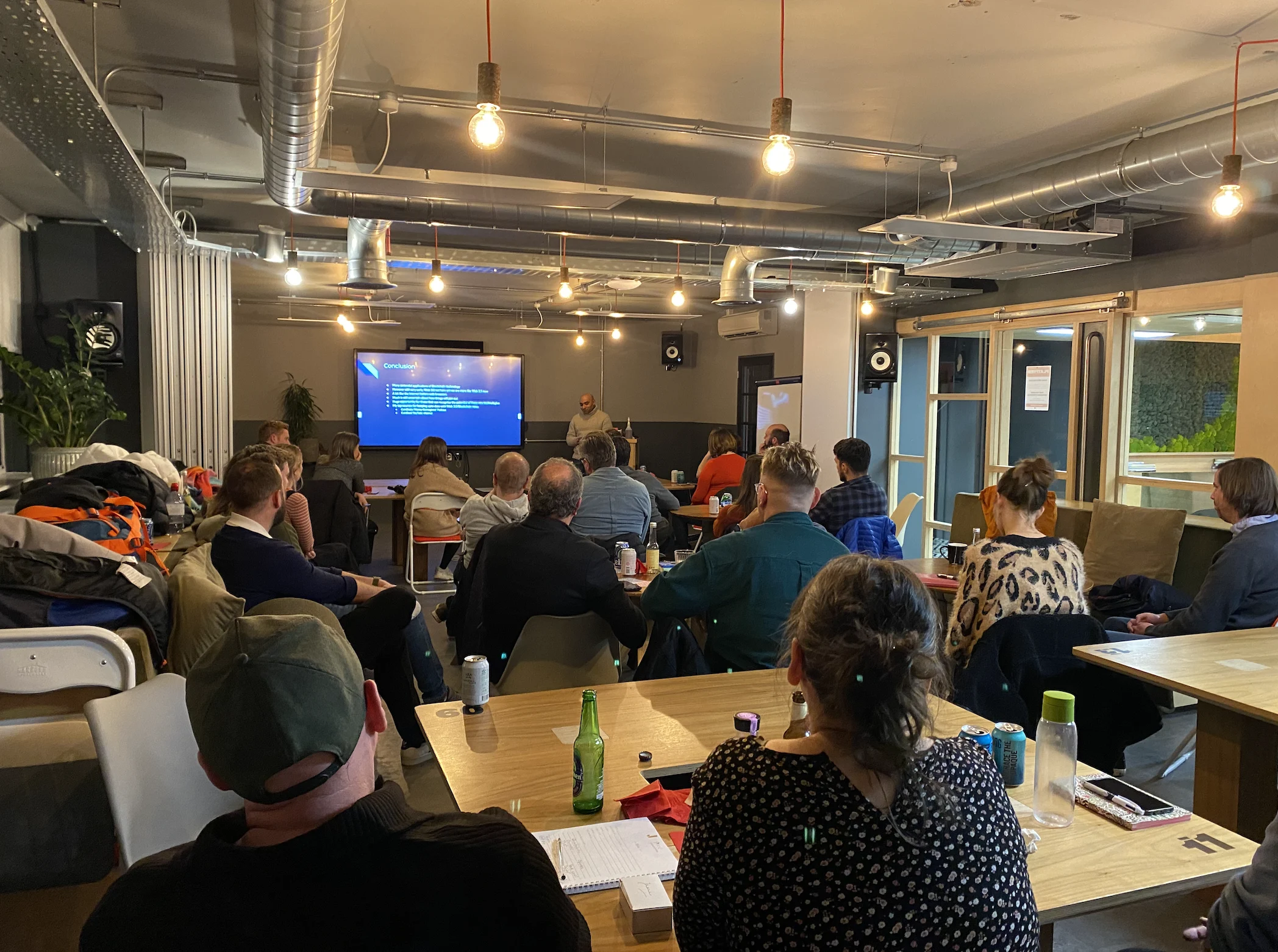 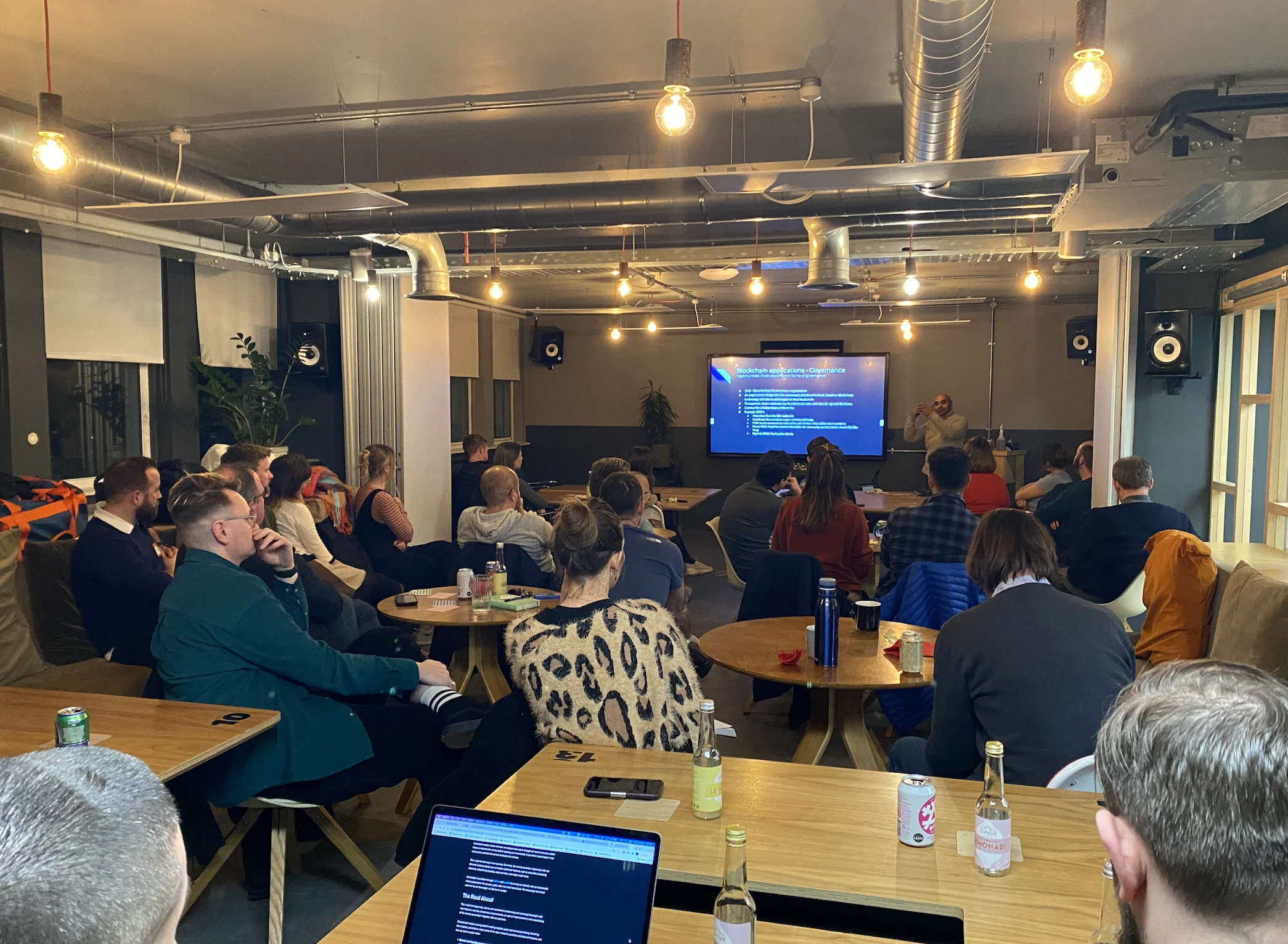 There’s another vision of the internet’s future – the Metaverse – and some confusion about how the two are linked. What are the similarities and differences?

That’s a great question. I’d say what they both have in common is the potential to radically transform the internet as we know it, but in very different ways.

Perhaps an example could be helpful to illustrate this… Let’s consider a Web 2.0 thing we know about: social media like Facebook or Twitter. One of the ways Web 3.0 could change social media is to make it more decentralised; for example, imagine something like Facebook not owned by a company but instead owned and controlled by the users of that social media entity. So here it’s the users who actually make the network, who own and control it.

The Metaverse is more about moving from a 2D web browser type internet into a more immersive 3D internet, ranging from full on Virtual Reality to Augmented Reality, where you see the real world but have some virtual objects mixed into it through the use of special glasses etc.

So I’d say Web 3.0 and the Metaverse are really two separate developments that could both change the internet as we know it but in very different ways.

What are some of your favourite Web 3.0 use cases or projects?

So there are three areas of Web 3.0 (naturally!) that I’m particularly excited about, which are:

I’ve included more details about these areas in my presentation slides, which you can find here.

What do you think will be the next big thing in web?

I think crypto-currencies are the Web 3.0 technology most likely to become more and more important in finance and the economy in the near term. The other two things I mentioned, NFTs and Decentralised governance, are also close behind.

Any trends or predictions you have your eye on?

It’s worth mentioning that not everyone wants a decentralised web that empowers more people, especially those that stand to lose their centralised power, such as big corporations and many governments.

Data and personal ownership of one’s own data, privacy, etc., are big topics. With Web 2.0, many governments and companies can harvest our personal data to increase surveillance of us and predict behaviour, using Data Science, machine learning, and AI techniques, for example. The use of personal medical data is another area of huge potential benefit and danger. Web 3.0 technologies, such as blockchain, could be used to enable individuals to control and own their data and decide who uses it and for what purposes.

So it’s really hard to predict exactly how the web is going to develop with respect to all these aspects. Still, you could say the battle for what the future of the web will be is currently being waged, and whatever the outcome, it’s likely to have a huge effect on all our lives in many areas.

And finally, Silicon Brighton wouldn’t be here without people like you giving back to the community, so… what does the word community mean to you?

For me, community is very much about putting forward one’s own unique talents to others, receiving back the unique talents of other people, and everybody benefitting from this virtuous circle of giving and receiving.

I remember while I was studying to be a Data Scientist, Oskar Holm (the organiser of Brighton Data Forum, supported by Silicon Brighton) was gracious enough to allow me to make a presentation about a student data science project I had just completed. It was a little intimidating to present student work in a brand new field to an audience of many professionals! But I was really passionate about the project and this field, and I thought it would be a good way to test my ability both technically and in terms of communicating my results to a wide audience.

It was a wonderful learning experience that helped build my confidence. My talk seemed to be received well, and I got many positive comments about it afterwards. In the audience that day – unknown to me – was a well-established data leader called Morgan McCarthy. Two years later, once I had completed my Data Science studies and was looking for my first position, I applied to the company Morgan was Head of Data at. He remembered that talk I had done, and I was absolutely thrilled when he offered me my current position as a Data Scientist.

I’m incredibly grateful for the wonderful professional communities we have in Brighton. In my case, being part of the Data Science community was absolutely pivotal in helping me network, changing careers and finding a new role I really loved, and finding like-minded people who feel passionately about their field and their work. I hope some of the insights and knowledge I’ve gained along the unique path I’ve taken might be of some inspiration to others on their own unique career path.

You can find Pranath on LinkedIn and Twitter, and visit his blog at livingdatalab.com.

Working hand-in-hand with Brighton’s tech community, we run a range of free meetup groups that cover a broad spectrum of specialist areas; from marketing to programming, product design to data. Check out what’s coming up here and join our community of like-minded individuals in the local tech scene!